Sales of electric bikes have spun into high gear this year — some merchants reporting a 6000% increase in sales. This is good news, because, for short trips, the efficiency and convenience of electric bikes is hard to beat. You may have heard that in the U.S.,  40% of all trips are made within two miles of the home, and 50% of workers commute five miles or less to work.

Currently, the top-rated electric bike conversion kit on Amazon is the Currie Technologies Power Kit, which gets an average of 4.3 out of 5 stars from reviewers. This kit converts a 26-inch mountain or comfort bike into an electric bike. What you get is a hybrid bike that can be powered by pedaling, or by engaging an electric motor. 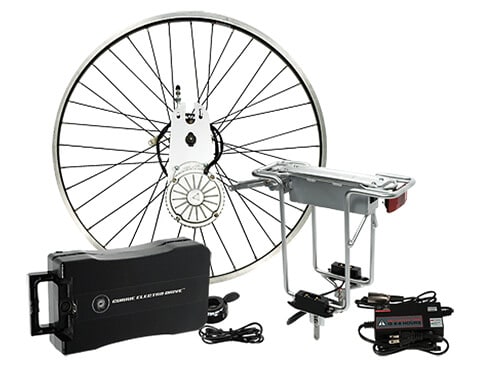 Using the kit, you can go 15 minutes on electric power alone (the range can be doubled with an optional second battery pack). The pack include a lead-acid battery, which requires 6 to 8 hours to recharge when completely depleted.

The Currie Technologies Power Kit is available from Amazon for about $300.

The Currie Kit is a good entry-level kit, but if your are interested in a lighter kit with better performance you may want to try a kit with a lithium-ion battery, such as the Hill Topper or the Bionx. The Bionx kit has been around the longest, and is generally regarded as the best quality conversion kit, selling for $1600. Note that lithium-ion battery packs cost more — $815 for the Hill Topper, which about as low as you’ll get for a lithium-based conversion kit.

Another good electric bike I’ve tried is from a family-run company called AmpedBikes. The founder, Danny L. Ray, was unhappy with the quality of the kits he was getting from China, so he visited China and found a company that were willing to build a kit to his specifications, using the parts he chose. The AmpedBikes kits incorporate a brushless 36V 500W electric hub, and can be installed on almost any bike with 26″ wheels. Ray says the kits can be installed in about 20 minutes, and he an installation video on his website to show how it’s done. 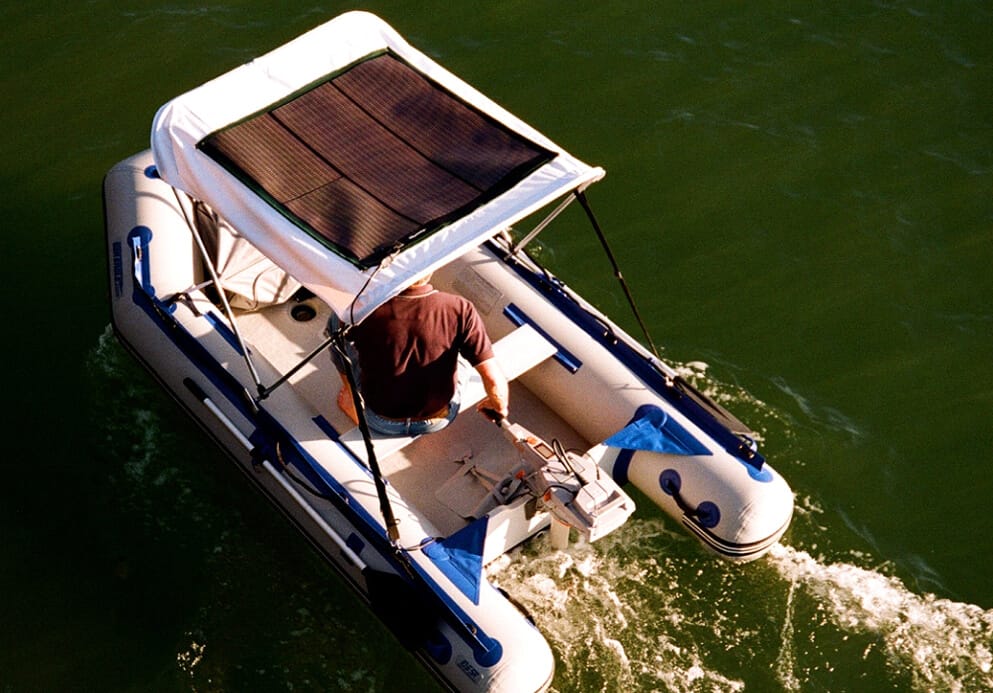 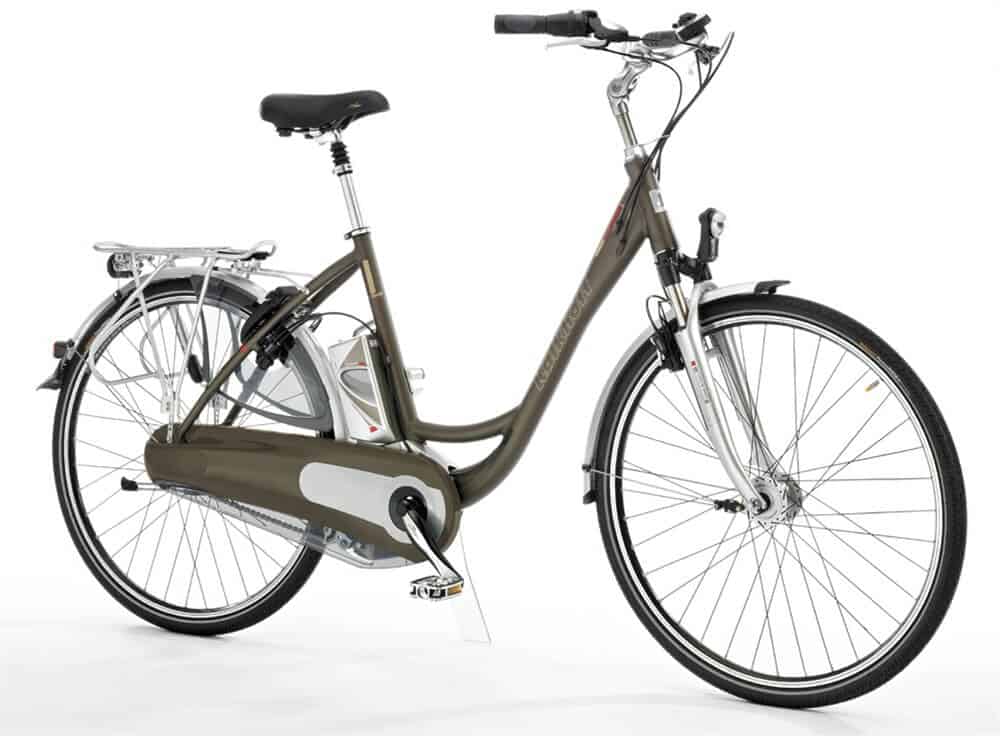